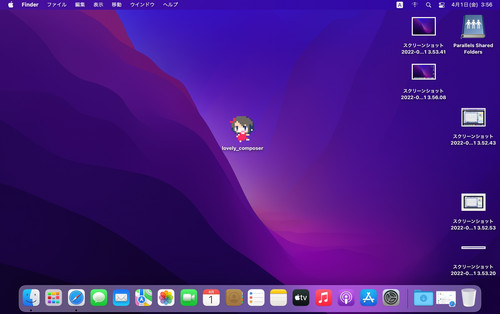 We have uploaded an improved Mac version and recommend downloading it if you are using macOS11 or higher!

We purchased a MacBook Pro2019 so now we can support the latest operating systems! The income and support from Lovely Composer has been helpful. Thanks to all our users!

We found that the first beta version had a problem where the .app file could not be launched directly on macOS11 and above. (It was able to launch it by opening and running the contents of the package)

In  new uploaded version, we have added app files for recent macOS. There are two .app files, so use them properly as follows.

*We only test LovelyComposer with the latest versions of the major versions.  Users may need minor version updates. OSX 10.10 and below are not supported.

If you get a gatekeeper warning on startup, please change your security settings or right click on the file before opening it.

We haven't tested it on many Macs, so we'd appreciate it if you could write a report.

The reason why the Mac beta version did not start was due to the Mac OS function that makes it impossible to run apps downloaded from the Internet for security reasons.

This feature is very strict, costly to solve, and due to various factors, we have decided not to officially support macOS at now.

However, some users want the Mac version, so we will publish it as a beta app unofficially and without guarantee of operation. It requires special operation and trust in the app to start.

The method is described in the readme, but you can type the following command in the terminal.

Can this be used as a VST?

It cannot be used as VST...

We have received a report that the Mac beta version shows a corrupted file when the app is run, so we have temporarily disabled the download.

We are currently investigating the issue, so please be patient.